Opinion: The pros and cons to taking a gap year

We were featured in Intuit Mint Life! Check out their article here

Gap years can be beneficial to students

Most people follow the traditional path of elementary school, middle school, high school then college, however, about 40,000 Americans each year take a different path by taking a gap year between high school and college. Despite being less common, those who take gap years are at an extreme advantage.

A gap year is typically taken after 13 plus years of school that someone may have. Contrary to its name, a gap year can vary in length, and ultimately gives a student some time between highschool and college to discover themselves. It’s time for exploration of passions, interests and hobbies; time that students wouldn’t otherwise get.

This time for self discovery is crucial. The National Center for Education Statistics estimates that at least 80 percent of college students change their major at least once. Allowing students some time between high school and college to explore their interests could prevent these major life changes.

Gap years also allow students a year to save for the exponential costs of college. According to Lending Tree, the average cost of a four-year degree is about $35,000, a cost nearly unthinkable without financial aid. However, taking a year to save up money makes the number far more feasible for students.

Additionally, over 90 percent of those who take a gap year return to college after a year off, according to the Gap Year Association. This statistic proves that gap years don’t deter students from returning to school.

Even some public figures have decided to take gap years, including former president Barack Obama’s daughter: Malia Obama. Obama announced in may of 2016 that she would be attending Harvard, but decided to enroll in the Fall of 2017 instead of 2016.

This decision is becoming increasingly popular among students in the US, where about 40,000 students took a gap year in 2017, a 22 percent increase from the previous year. Even prestigious universities, like Harvard, are encouraging students to take a year off.

“It can be structured or unstructured, and directed toward career, academic or purely personal pursuits. Most fundamentally, it is a time to step back and reflect, to gain perspective on personal values and goals, or to gain needed life experience in a setting separate from and independent of one’s accustomed pressures and expectations,” Harvard University Dean of Admissions William Fitzsimmons said in a Chicago tribune article.

With so many benefits and so few deterrents, taking a gap year is clearly the more beneficial path for students. After 13 long years of schooling, each and every student deserves a break and some time to spend on finding themselves.

After graduating from high school, many students are looking forward to a new season of life. While some may dread the thought of stepping foot into another classroom after graduation, attending college right after high school rather than waiting a year or two is the best option. A so-called ‘gap year’ is something many people use as an excuse to get a break from the classroom life before going to college, however, taking a gap year does not come with all good intentions.

When a student decides to take a gap year after 13 years of K-12 schooling it often becomes more than just one year. For many students, they plan to keep their gap year to just one year. However, most of the time they become distracted and sidetracked and end up dragging their feet about returning to school. This is due to students losing their academic momentum, according to The Scholarship Hub. Many people’s thought process on gap years is that it will leave them feeling refreshed and motivated, however, in reality, it can give students a feeling of being behind and make it difficult to transition back into the role of a student.

Often times, people decide to spend a year traveling before college. This can ultimately end up being very expensive. Depending on where someone plans to travel and the length of the trips taken can amount to a large sum of money that could end up costing them money they would use for college tuition.

A gap year can also affect many college plans in terms of scholarships, financial aid and even college choices. According to community for accredited schools online, waiting to go to college for a year can alter the amounts of money you could be given, even with financial aid. Additionally, taking a gap year may affect a students acceptance into a college when they do decide to attend.

Ultimately, taking a gap year is a large risk. Students can easily lose momentum to go back to school and it can be very hard on the wallet. While many use this as a way to travel or just take a break, it sets the student up to be behind in their academics if they forget a lot of information over the course of their year off. 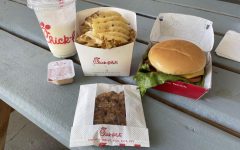 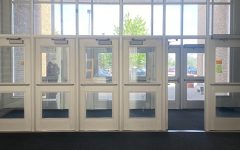 Opinion: Seniors should get out of school before other grades

A letter to COVID-19 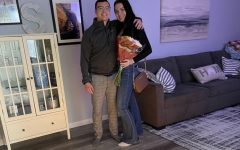 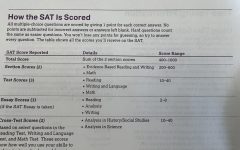 Opinion: The SAT is a good measure of knowledge 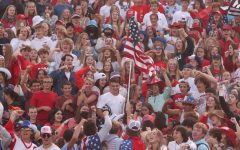 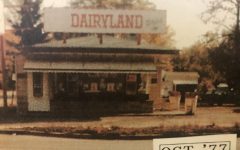 The evolution of Uncle Ray’s 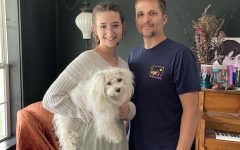 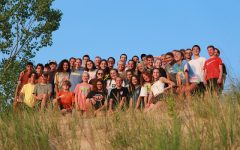