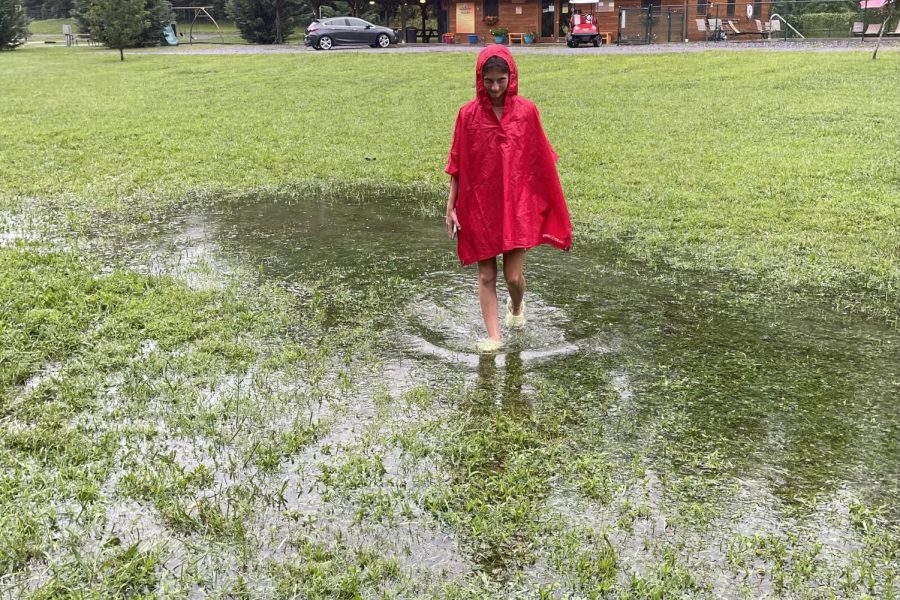 On Aug. 17, the FHS girls swim team was away at swim camp in Hartford Tennessee, and the athletes had an early morning of working out and swimming which was not unusual. However, the day quickly took a turn when the team got an alert on their phones stating that a flash flood was occuring near them.

“We were first informed about the floods by a National Weather Alert on our cell phones,” swim coach Brad Jones said. “The first alert was a flash flood warning, so we were not overly concerned. The secord alert was to seek higher ground, which we did, and the last alert was an order from the mayor for all residents to evacuate immediately.”

It had been raining all day so coaches and teammates expected that the rain could accumulate, but did not anticipate floods. It was numerous seniors’ last swim camp, and some worried that this flood would ruin their experience.

“My initial reaction was that this would ruin my senior camp,” senior Halee Alexander said.  “COVID had already taken so much and now this would be ruined too; but that did not end up being the case.”

The flood occurred on the second to last night of camp, and the actual evacuation process did not start until 1:30am. Evacuating late, and going to bed late, left numerous girls from the team sleep deprived, but the athletes reported that the sleep deprivation did not take an extreme toll. The team slept at a hotel out of the flood range zone around 2:30am.

“It only affected us that night,” senior Molly Blanchard said. “We could do everything we had scheduled to do the next day, except for running and workouts which was fine for everyone.”

The following day the team had bonding activities scheduled such as a zip line experience. As they waited out the flash floods, they were unsure as to whether or not their plans would be cancelled because of the weather.

“I was shocked when they told us what was going on,” sophomore Halle Thorpe said. “My thoughts were, were we able to still go zip lining the next day or would we head home?”

The girls went zip lining the next day and resumed the rest of their stay at Tennessee, at the campsite for one last night.

“Although the flood happened, I think we made the best of the situation and I think that everyone had an amazing trip,” Alexander said. “It was raining so instead of hiding out in separate cabins, we played volleyball, white water rafted and swam. The weather wasn’t what anyone would’ve picked for our trip but it did not make the trip worse, in fact I think in the end it made it more memorable.”

Though the camp was not what the girls expected or anticipated, everything ended up okay, and they all walked away with a new memory.