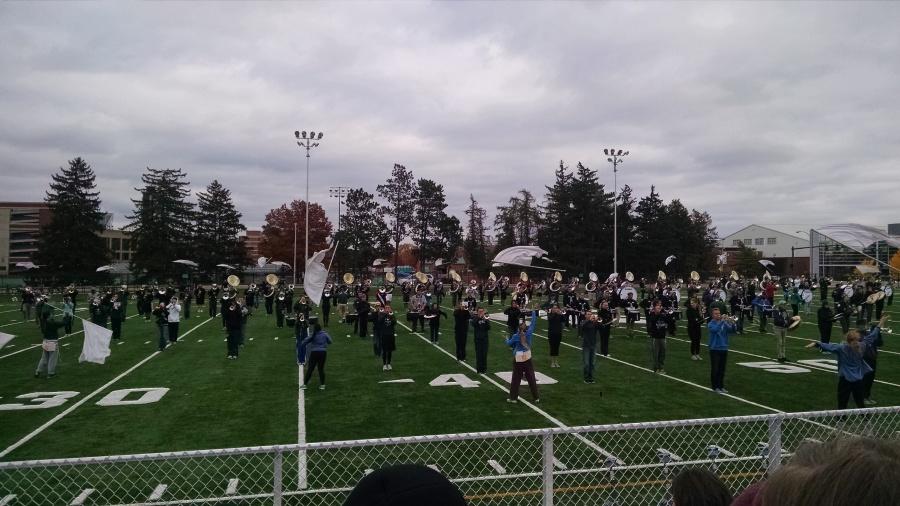 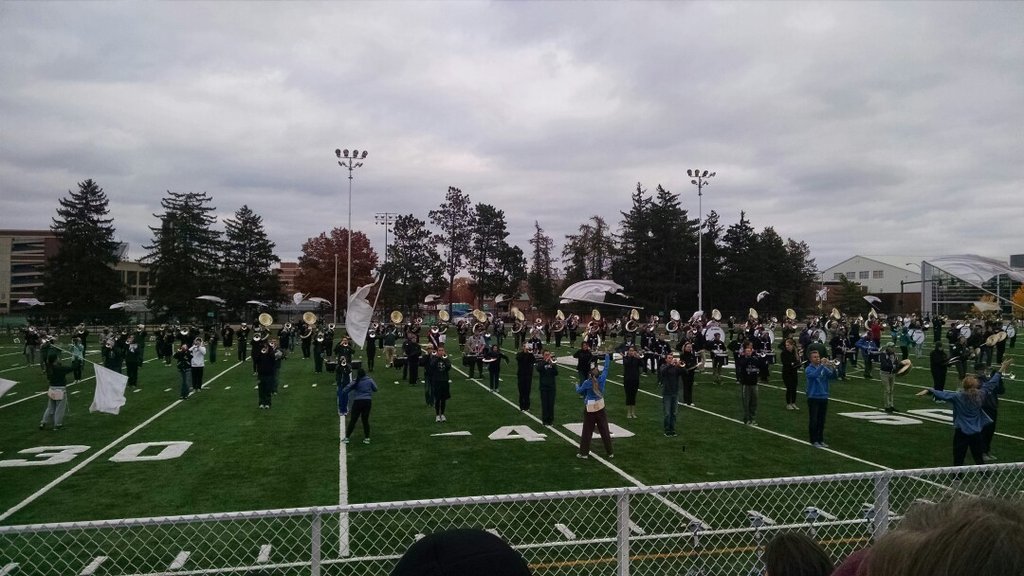 The Fenton Marching Tigers traveled to East Lansing observe the Spartan marching band practice their show for the Michigan vs. Michigan State game this upcoming Saturday. Out of a band of 175 kids, 105 went on this trip.

“I was excited to watch the MSU marching band,” sophomore Emilio Caballero said. “Its a great opportunity to improve my own performance.”

It was a cold Tuesday evening for the MSU marching band to be outside practicing a performance for about three hours, yet there was much to be learned for the high schoolers watching.

“I learned there is a lot of commitment in marching band,” junior Zac Miceli said. “The performance was still really good for it being cold.”

The Spartan marching band learns a new show every week for their performances. This makes their practice time very important.

“The new shows keeps it interesting,” freshman Caleb Long said. “It allows the band to learn tons of new music.”

This was not the first time for the Marching Tigers to take a trip to MSU though. The band has done it years before to watch the Spartans practice.

“I went to school at MSU and had a great time,” band director Andy Perkins said. “It was a trip down memory lane, there is good memories there and it was a big part of my life and decision.”

The Marching Tigers took this trip to go learn and have fun, and each had their favorite moments.

“I liked when the tenors played,” Miceli said. “They went down to the side and performed, I watched them with the drumline.”

The trip to watch the Spartans was a great opportunity for all who attended.

“Hopefully this motivated individuals,” Perkins said. “Everyone had their own business to be done and hopefully the kids transferred some of that.”