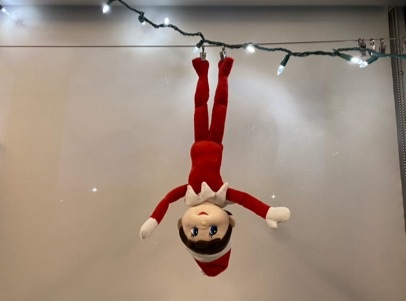 This movie was simply just bad— it was the “Home Alone” concept without any of the aspects that made the original “Home Alone” so loveable. The story felt rushed, trying to get the action and excitement of a kid defending the house, instead of taking the time to build good characters so when it came time for the kid to defend his house the audience cared. What worked so well with the first “Home Alone,” is that the audience sympathized with little Kevin McCallister; you can tell he’s overlooked, neglected, and bullied by his family. That same spark of empathy for the child just doesn’t happen with Max Mercer, the kid from “Home Sweet Home Alone.”

The whole conflict starts because it is assumed that Max stole an expensive doll from Jeff Mackenzie, the man who would later break into Max’s house after Jeff is rude to Max once and Max decides to take that personally.

The movie spent more time giving a backstory to those doing the breaking and entering— making the audience more prone to sympathize with them. This movie simply does not paint Max as a protagonist; if anything it could be argued that Max was the antagonist or villain of the film.

The couple that broke in was just trying to retrieve the doll to sell so that they could stay in their house with their kids instead of having to move due to the financial hardships they were facing. From the perspective of the audience, the robbers are just two people trying to save their home. At the end of the movie, the couple even let Max stay with them once they realize he was home alone.

As a fan of the “Home Alone” series I am heavily disappointed in “Home Sweet Home Alone.” It was clearly a quick cash grab by Disney hoping to capitalize on the popularity of “Home Alone” and bring in fans from the younger generation who may not be familiar with the original. I am not the only person who believes this movie was bad— it was rated at 16 percent on Rotten Tomatoes Tomatometer and 12 percent for audience rating. I would not recommend watching this movie at all; it was simply one of the worst movies I have ever seen.