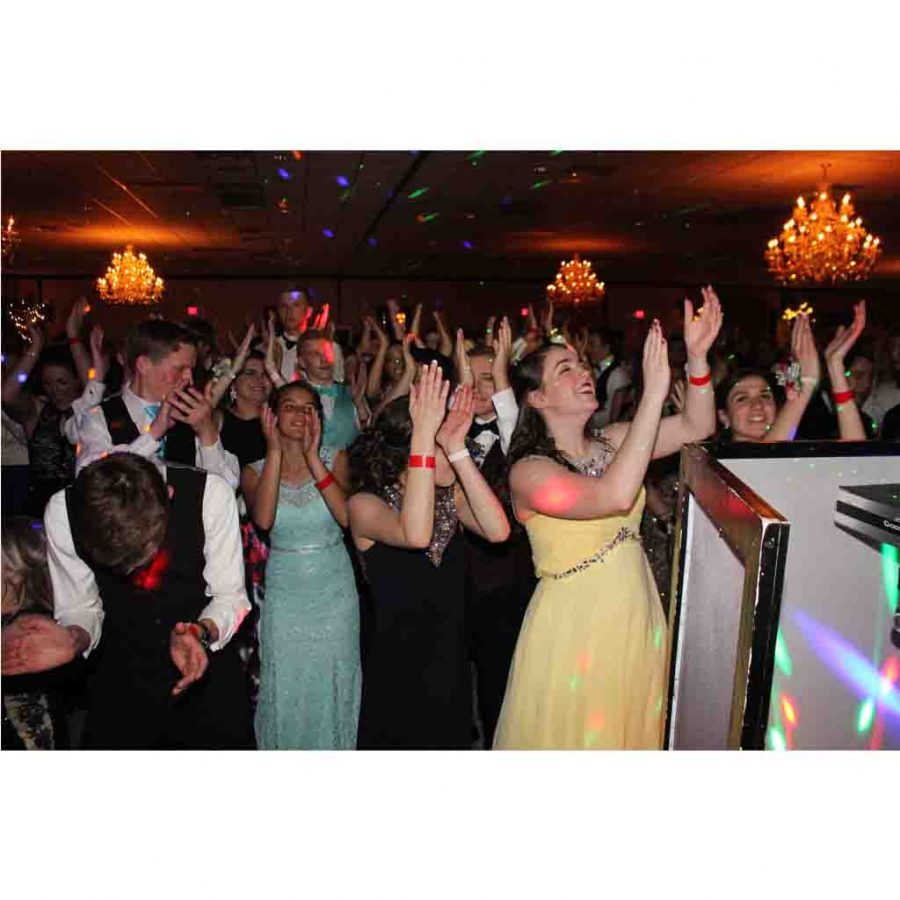 Counting the money in his hands, a student mentally prepares for prom: him and his date dancing on the dance floor with his fellow classmates smiling and laughing all around him. Images of music, food, and fancy attire all flood into the student’s mind. But in order to attend the dance, he must buy his ticket first.

“Ticket prices will go up the clos

er it gets to prom, so make sure to buy them as soon as possible,” parent sponsor Karin Burnett said. “The prices are based on cost of venue, food selection, DJ, photo booth and any other costs incurred. The class of 2018 parent sponsors determined this price and have gone above and beyond this year. There is definitely going to be a wow factor.”

Prom tickets are being sold for $55 if they are purchased by April 28;  they will go up to $65 if purchased any time after. Students can buy their tickets in front of the cafeteria during lunch every day until the day before prom.

“The venue for prom will be Genesis Banquet Center in Grand Blanc,” President of junior class Molly Anderson said. “It was picked out by the sponsors because it was the most cost effective, close to home and they liked the overall look and everything that comes with it.”

Along with the venue and ticket prices, the class of 2018 parent sponsors also helped choose a theme for the dance. They provided juniors and seniors with three different themes (among them were Alice in Wonderland, Passport to the World and Hollywood Nights), which were then voted on during SRT.

“I’m glad that the Hollywood Nights theme was the winner,” Burnett said. “It has a certain wow factor and Casandra Janson, Goldy Fehir and I have been working like crazy these past two months to give it that. It’s a lot of work but we do it for our kids, all 400 of them.”