They hate us ’cause they ain’t us

NBA fans: there can be a lot to love, but also so much to dislike.Almost all fans is the exact same; they hop on the bandwagon as soon as a popular player gets recruited by a team. The classic NBA fans who lived through the ‘80s and ‘90s were the greatest generations of fans. They did not blindly support popular players nor did they point fingers at the better teams because of their players; they liked them for the team.

The NBA fanbase is full of fake Lakers and Cavaliers fans who only like the teams because of LeBron James. It could have been the Phoenix Suns (the team with the worst record in the league last year) and everyone would still have fallen in love with them if James had joined.

NBA fans need to grow up. They need to stop expecting the league to fit their every wish— it is pitiful to watch. Critics constantly bash the warriors for having an all star lineup, but fail to realize they have the same quality.

Everyday fans blame anyone else, whether it’s a team or just a fan of a team, for ruining the NBA, but nothing will ever change. This cycle of annoying fandom that is constantly displayed is completely outrageous and annoying. But in the end, it’s who those people really are. Annoying, ranting children. The obstacle standing in the way of your dream of the ideal NBA is the person having the dream— you.

Realize that the stereotypical NBA fan who owns a Kobe jersey and a Cavaliers jersey with the number 23 on it are the real ones ruining the league. Not anyone else. Definitely not the Warriors. Instead of wasting more of our time, realize this and start changing the process. Keep the same passion that is held for the sport. Love basketball for what it is, not what people want it to be. Nothing you can say or do will make the Warriors less dominant, or make people change their beliefs. 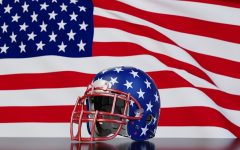 The NBA draft is full of talent and seems to be a stacked group of players. Each team has a chance to get a star on their team. The following shows wh...

The National Hockey League is losing its appeal

Nobody cares about the NHL. Honestly, though, I do not know anybody other than my grandpa who watches it, and he only watches the Red Wings. ESPN has ... 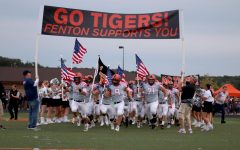 LeBron James: the most overrated man in sports

LeBron James was a great player. Keyword; was. As a rookie, and as a veteran, he played great. But now that he is on a below average team (Cleveland C...