Varsity football team ends their season in the playoffs

Finishing their season against Walled Lake Western, the varsity football team made another run into the playoffs this fall season. Despite not making it past the first round of playoffs, the work that got the team that far isn’t overlooked by them.

“The team played really well together, we had really good team chemistry,” sophomore Austin Henard said. “We worked really hard together and knew what our goals were. We made playoffs but had a sad loss to Walled Lake Western. We had beat them up front good but they just had skill on the outside receivers and running backs that we didn’t, but that makes us work harder for it next year.”

Members of the team relied on their teammates to be successful.

“After playing all four years, I’ve realized the best thing Fenton football has given me are my teammates,” senior Dane Dean said. “If I didn’t have them, football wouldn’t have been fun and I know that they’ll be my friends for life and we’ll always be there for each other.”

The team’s success is attributed to the friendships they made.

“Our goal is always to win the Conference Championship and compete at the State level for District and Regional Titles,” varsity football coach Jeff Setzke said. “Our players have bought into the same goals. We did not win either this year. So, that alone will motivate our kids in the off season.”

The football team has begun morning weight training, Mon. through Thurs. before school. Those interested in joining the 2019-2020 football team should come to morning practices or contact head coach Jeff Setzke at [email protected]

Fenton boys and girls cross country makes it to states

The Fenton cross country team had a successful season; winning their third straight Metro League Title and county championship on both the girls and boys teams. Both teams qualified for states, which is one of their big goals each season. The girls went a step further and won the Regional title, a first for the girl’s team.

“Cross Country teamwork is unlike anything else!” Cross country coach Jesse Anderson said. “It’s a lot about support and a collective work ethic, day in, and day out. Then on race day, you rely on the positioning of your teammates, and the will to do right by them to give your very best effort on the day and pass people until the end of the race.”

Despite being a strongly individual sport, the cross country team relies heavily on teamwork, and attribute their bond to the successful season.

“I was very happy with my personal season,” junior Jessica Adams said. “I broke a lot of personal records this year. Overall, the team did very well together, we definitely bonded a lot this season and I think that it helped us accomplish a lot of things together.”

Sending seven girls and seven boys to the final state meet, the team was impressed with the final end to their season: “We placed about 17 spots higher than we were seeded to, so that was very good,” sophomore Gage Bond said.

“Both teams finished significantly higher than last year,” Anderson said. “We were the smallest school to make the big dance on the guys side, and third smallest on the girls side, so that was a big deal for us!”

After a season of hits, aces and sets, the girls varsity volleyball team ends their season after making it to the district finals. Here they conclude on their season.

“We had a very good season,” varsity volleyball coach Jerry Eisinger said. “Our record was 33-15-1. We took second place in the Flint Metro League and we won the Mt. Morris tournament.”

Their season was cut short however as they lost to Grand Blanc in four sets at the district finals.

“Unfortunately we did not achieve many of the goals the team had set for itself,” Eisinger said. “A very good Flushing team prevented us from winning the league championship and a very good Grand Blanc team prevented us from winning a district title. But all you can control is your own team and I think the team was very strong and we ran into some stiff competition.”

Although they didn’t reach many of their goals, the team says they were still strong in some areas.

“We had a lot of goals but we didn’t necessarily reach all of them,” junior Sydney Acho said. “We wanted to win three tournaments but only won one and wanted to go further than districts but we didn’t. But we did have one goal of getting better every practice and I think that we achieved that goal because we all got better by the end of the season.”

The Fenton girls swim team concluded their 2018 season exceeding their goals that they had set before them; making it a “very successful season,” senior Caitlyn Dailey said.

“We outlined our season back in August with the goals we wanted to achieve,” swim coach Brad Jones said. “Those included, being 15th straight Metro League title, win over Grand Blanc in a dual meet, county championships and now for us top 10 finish at the state meet and all state relays.”

The team achieved many of these goals including: taking first at Counties, Metros and Regionals; beating Grand Blanc in a dual meet.

“It was a lot easier to work harder with a big team,” freshman Gracie Olsen said. “They help me stay so motivated and it is more fun than practicing on your own or doing a different set.”

After competing in multiple qualifying meets, the girls team made it to states, taking 14th place overall.

“This season was by far the most successful season I have ever had all four years I’ve been on the team,” Dailey said. “There were seven varsity records broken, we won counties for the first time in a long time and we brought a lot of girls to the qualifying meets (MISCA and states). We won the metro league title for the 15th straight year and at state finals Gracie Olsen placed first in the 200 IM and second in the 100 fly and then our relays all placed top 16.”

“We all got extremely close and had a ton of fun with each other,” Sullivan said. “I looked forward to every practice and game and opportunity to be with these guys.”

While the team has goals of making it far in the competition, they also make it a priority to have fun while doing it. Freshman Ben Chapple says that the team had lots of fun and was able to bond fairly well.

“I was unsure how much fun we would have,” Sullivan said. “We struggled with selfishness the year before but our seniors this season really matured from last year and set perfect examples for the rest of the team.”

Despite some struggles, the team pulled through and created bonds that led to success in their season, beating Linden in overtime in the district game.

“From my four years of being on the team, I’ve taken away that it doesn’t matter how good the other team might be,” senior Noah Martin said. “The most important thing I’ve learned is you can do a lot when you have a strong bond within the team.”

Girls golf team competes at states to end the season

In the rain, wind and cold, the girls golf team braved the weather this season as they went 8-0 in dual meets for their regular season.

“We took first at metros and second at regionals this season,” sophomore Brooke Herbstreit said. “We finished fifth at states; no one played very well because of the weather, but we did pretty well with the conditions we had.”

“[Charlotte] came and ended up finishing fifth in the state, so when you have a golfer like that that comes in, she was incredible,” varsity golf coach Kurt Herbstreit said. “Another big part was the two seniors that we had, four year seniors Lily Horning and Angela Hanners.They both had some great rounds this year and they really helped us to be the team that we were.”

Despite losing many of the upperclassmen, coach Herbstreit is ready to rebuild the team for the year to come. He says, “it’ll be fun to see who’s going to come out of this group of girls and be some of the top golfers on the team.”

“Next year, we lose Charlotte, Angela and Lily,” Herbstreit said. “The varsity golfers that we have coming back are pretty much Brooke Herbstreit, Olivia Herbert and Victoria Carnell. Then we have four freshmen who played this year in JV and we’re looking for them to step up and fill in some roles.”

Still, the team made great strides and had four players on the first team all-league.

“I had my best rounds for nine holes and 18 holes,” senior Lily Horning said. “I got first team all-league after having gotten second team all-league the past two years. I had some pretty good rounds and I was number three player so I also got moved up in the rankings which I was excited about.”

The girl’s golf team seeks for new members for next year’s season; anyone interested can contact coach Kurt Herbstreit at [email protected]

After months of serves, strokes and backhands, the 2018 boys tennis team rounds out the season with four wins and two losses.

“It was a good season,” varsity tennis coach Gary Ballard said. “We were competitive against our rivals. The team had 4 three set matches against Holly and only won one.”

The Fenton boys tennis team ended third in the metro but fell short of making it to regionals.

“My personal season was pretty good,” senior Ethan Gutzeit said. “I played two doubles and we started off really well with a couple first places at tournaments but after that it kind of went down hill. Our goals were to go to states and win first in Metros but unfortunately we did not meet either of them.”

Throughout the season, the team welcomed exchange student, Tymek Barcinski. Playing table tennis in home country of Poland, Barcinski says he enjoyed every single minute of being on the tennis team this year.

“I played second singles in the beginning but then I was moved to first doubles and first doubles,” Barcinski said. “I played much better during metro league me and my partner won silver medals so I was happy with that, but then unfortunately we lost our first match in the regionals meet.”

Losing two seniors and an exchange student, the team looks to the underclassmen to step up for the coming season.

“We start preparing now for next year,” Ballard said. “We are losing two seniors and exchange student but we had strong freshman group that will be better next year. Our summer program has gotten stronger every year which this year’s freshman will play next summer.”

As the team begins to prepare for the next season, those interested should contact varsity coach Gary Ballard at [email protected] 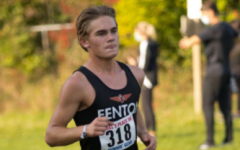 How are athletes changing the way they play because of Covid 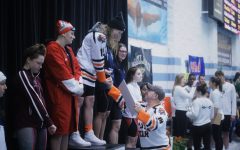 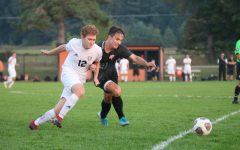 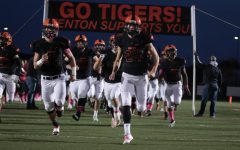 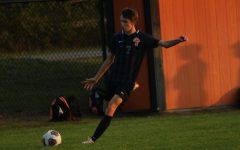 How Soccer injuries can affect the players