The pros and cons of technology’s impact on lives

Technology is improving the quality of life

The use of technology is inevitable. According to Statista, 270 million Americans own a mobile phone. From making tasks simpler such as video calling and streaming services, to life saving innovations in the medical field, technology is improving the human race.

Over the last 40 years, cell phones went from only lasting a few hours on battery charge and the size of a brick, to shrinking down to fit inside a pocket. Technology has the ability to bring the population together. Now, calling someone across the world and being able to talk “face-to-face” with them can be done with a few taps. Family members who have moved away from one another are able to call each other on the daily basis and feel like they’re together.

The spread of breaking news has also improved the quality of life. Most smartphones auto-send notifications when a big news event happens, so users are always in the know.

Tailored to the user, TV and social media are several other improvements in technology. Streaming services now make it easier to watch TV because they take the user’s activity and suggest other TV shows or movies based on the information. This is a small improvement, but it’s a very useful one. Users can always watch what’s current or trending by opening up the TV/streaming apps on their phones or TVs. This eliminates the need for bulky DVD’s, hence the improvement.

From TV to medical records, technology is improving the quality of life. Medical records are all online and virtually recorded now, providing much easier access for doctors and patients. Health eCareers says that 3D printers are being used to print custom casts for patients, creating a quicker recovery time. The printers can also be used to print dentures and create models for dentists. Wearable monitoring patches are also a new innovation. Instead of staying hooked up to wires, patients are wearing patches that can be worn in place of them.

The business field is also being improved by technology. Businesses are able to communicate with their customers a lot easier. Companies are also able to ship their product and sell online, something that is somewhat fairly new in the world of American business. Customer service has improved very much because businesses can reach more directly to the customers.

Innovative technology is improving the quality of life. Technology is reaching us everywhere and we should embrace it instead of fight it. From uses in the medical field and in everyday life, technology is helping the population.

With the latest trends in technology, people all over the world have become obsessed with the buzz of a notification or the latest gaming system that tears them from the outside world. This increased fixation is ruining lives, and it is only getting worse.

From iPhones to Playstations, teenagers especially have fallen victim to screen addiction. More than 95 percent of teens reported they own a smartphone, or access to one, according to a study done by Pew Research Center. As for time spent online, 45 percent of teens are on the internet for hours on end. This is precious time teenagers waste behind a screen instead of hanging with friends, driving around or doing the other things that adults lack the time to do.

After speaking to mental health experts on social media and addictive gaming, Prince Harry, Duke of Sussex, learned that playing video games are more addictive than drugs and alcohol. In result, he has spoken out against ‘Fortnite’ due to its creators purposefully making it so addictive that it keeps teens and pre-teens playing for hours. This news is making headlines in England and the U.S. as he moves to ban the game in hopes of urging kids to finally redirect their focus away from a screen.

Technology also opens the world to the harsh reality of cyberbullying on social media. Apps such as Instagram, Snapchat and Twitter are insanely popular. According to DoSomething.org, nearly 43 percent of kids have been bullied online and one in four have experienced it more than once.

The downsides of cyberbullying is widely known, but there are other hazards of technology that differ from screen time. New ‘Car Safety’ technology, such as Apple’s new CarPlay system, is being installed into cars to help drivers send texts, answer calls and skip songs. The efficiency in the idea is credible, but all it does is increase phone use while behind the wheel, even if the physical use of the phone is not involved.

In 2016, more than 3,450 lives were lost in due to distracted driving, which was an increase from the 3,300 lost in 2012, according to the United States Department of Transportation. At the same time, more than 600,000 people are manipulating electronic devices at any time while they are driving, as reported by the National Highway Traffic Safety Administration. This not only puts the operators of the vehicle at risk, but also any pedestrians, traffic guards and anyone else who is on the road or near it in danger. Is a simple text really worth the lives of so many?

Technology is making people’s lives worse in more than one way. It is not worth it to send a text while behind the wheel or to go out of the way to hurt someone’s feelings behind a screen. People who are affected by this epidemic, especially teenagers, need to put down the phone and focus on the real world around them. 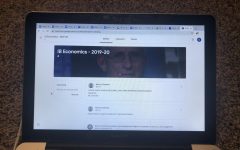 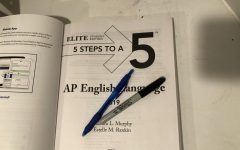 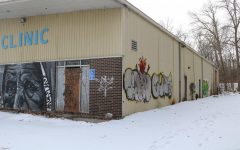 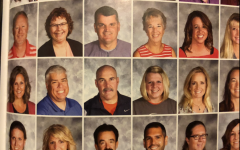 Opinion: What makes a good teacher 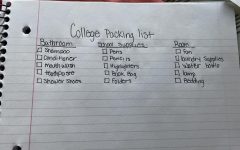 Essential items to pack for college 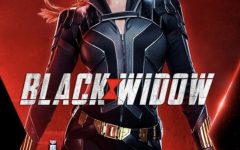 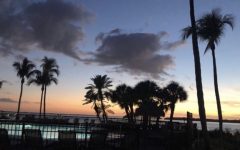 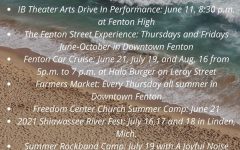 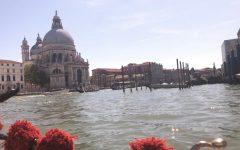 Europe opens up for vaccinated Americans